While in the hair salon, waiting for my appointment, I gazed around at the items for sale, SHOCKED at what I found. I took a photograph because I wanted to write a post. Before my eyes was a necklace with the number “666” with the interpretation below: – “Angel Numbers – 666: Reflect: Look deep for your higher truth.”

As Christians, we know what this number represents, and it takes wisdom from God to understand.

On the drive home with Leo, I saw another sign, blazing as a banner across the front of a church building, that read, “Trick or Treat.” It’s that time of year, Halloween, and I am shocked, yet again this year, that Christian organizations are leading the community astray! And by doing so, are advertising their ignorance and lack of no power.

The Devil, I’m sure, is laughing!

We must remember that if we are born-again Christians, filled with the Spirit of God and Christ, He has called us out of the kingdom of darkness. The realm of “ghosts and spirits,” which are actually demons, evil spirits; fallen angels that left God’s heaven and became part of Satan’s rebellion, and Anti-Christ’s power. It isn’t a fantasy. We have an adversary, the Devil, whose army of evil spirits and demons have the world fooled. But can we be ignorant? Or play this down?

“But you are a chosen people, a royal priesthood, a holy nation, God’s special possession, that you may declare the praises of him who called you out of darkness into his wonderful light” (1 Peter 2:9 NIV).

Every year, Christians dress up or go to trick-and-treat “family” events at churches, so they have a safe place to celebrate this festival, Halloween, saying, “It’s just a bit of fun!”

It leaves a confusing message in our communities.

Let us be a Voice in the Wilderness crying out!

Behind these myths and legends hides a very real adversary that Jesus Christ defeated on the cross for us to stand and run free! Let us be a voice in the wilderness, crying out, “Make straight paths for the Lord” (Mark 1:3/Isaiah 40:4), and not a confusing message.

As a demon possessed person who praises Jesus for calling me out, I am not ashamed of the gospel that frees! Satan has the whole world deceived; let us not join in the deception!

When I first came to this country, I was not prepared for Halloween and was shocked that Christians wanted to join in with this celebration of ghosts, spirits, and death, as if nonconsequential, and do something they considered “safe and harmless,” as not to miss out! Is there such a thing in the kingdom of darkness and death and the spirits of the dead?

Let us not be ignorant but show our power and knowledge!

Don’t you know it isn’t a fantasy to be called out of the kingdom of darkness? Yet Christians are behaving as if it never happened to them!

Let us not be ignorant but go on to better things, not snared by these things but spreading the gospel as we should with power and belief – our savior and Jesus who rose from the dead to make a public spectacle of these spirits and has called us out! Halloween isn’t a time to celebrate but declare!

I haven’t written a post for a while. I’ve been deeply committed to finishing the book I have poured my life into to reveal God’s glory and might. I wanted to take a moment to reach out, speak the message of hope and life, and put it up on the website. I recall the Lord Jesus saying to me that it makes it look like I am alive and active. And I haven’t grown weary in doing good and the faithful work of the Lord that we are all called into when we receive Him as our Lord. So, I want to encourage you – as the world around us reveals its unbelief in our Savior more and more, let us not go in that direction!

My husband and I often enjoy sitting in the car and eating In and Out. It is the only takeaway meal that I can eat to avoid migraines. Sometimes we go to the cliffside in Carlsbad. Other times, when we don’t have the time to drive this far, we enjoy each other and our meal in the local parking lot – or as we Aussies say, “car park!” We have been living in San Diego for fourteen years now! And we have noticed the change – more and more loud, rowdy cars, screaming down the streets seemingly without a care and no one to stop them. It is astounding the number of times when drivers “cut in on the line” we are waiting in to order our meal. And it’s blatant, intentional, and bold, caring nothing for those before them but wanting to be first!

These are only small examples of the lawless world we are living in that is becoming bolder to be lawless! In the last days before the Lord’s return, Jesus warned that people’s hearts would grow cold because of society’s growing lawlessness. People want to be first, with the desire to be greedy and get all they can. To get away with things, make excuses as if it is their right, and trample on others ahead of them as if it was somehow their good fortune. The compass of love is all wrong because love for self has increased. And it is as others follow more and more the example of lawlessness around them. The hearts of people grow cold!

Because of the increase of wickedness, the love of most will grow cold, (Matthew 24:12 NIV).

What’s the cause? Why is this happening? Who’s to blame – the culprit?

Persecution to righteousness, and the desire of people not to want to suffer for doing right!  – this is the reason.

False prophets have risen against the gospel and have turned many away from the faith!

Listen to Jesus’ warning; it is evident today if you want to see!

Then you will be handed over to be persecuted and put to death, and you will be hated by all nations because of me. 10 At that time many will turn away from the faith and will betray and hate each other, 11 and many false prophets will appear and deceive many people. 12 Because of the increase of wickedness, the love of most will grow cold, 13 but the one who stands firm to the end will be saved. 14 And this gospel of the kingdom will be preached in the whole world as a testimony to all nations, and then the end will come,

It is easy to get annoyed; Leo often puts his gentle hand on my knee as I gasp when someone blatantly cuts in on us in the line. It’s easy to think we are better than someone else. But know that this is happening. And let us get on with what we, as Christians, are to do. And don’t follow along and “drop your game,” so to speak!

Our perseverance in following Jesus’ example is why Christ spoke these words and warnings to His disciples in Matthew – God’s prediction and foresight of knowledge and awareness of what it would be like for us today! And we must stand firm to the end and not allow ourselves to turn from the faith written about in the gospels and the epistles and spoken about by God’s faithful servants of the faith, according to God’s Word. We must be willing to suffer in the body and be done with sin!

The book of 1 Peter in the Bible is wonderful to study to learn about the suffering life of a Christian following Christ’s example. Jesus often instructs me to read it – because it’s hard and often lonely to be the only one who knows what’s going on, the wisdom of Christ, and the need to suffer in doing what is right when there is a world around going in the wrong direction thinking it is correct.

“Take heart for I have overcome the world,” lyric – “Walk in the Light,” album – Nothing Less than All of My Heart.

Walk in the Light

“I have told you these things, so that in me you may have peace. In this world you will have trouble. But take heart! I have overcome the world” (John 16:33 NIV).

Therefore, since Christ suffered in his body, arm yourselves also with the same attitude, because whoever suffers in the body is done with sin. 2 As a result, they do not live the rest of their earthly lives for evil human desires, but rather for the will of God. 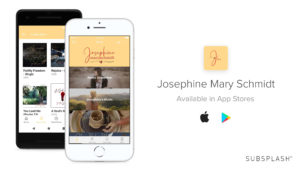